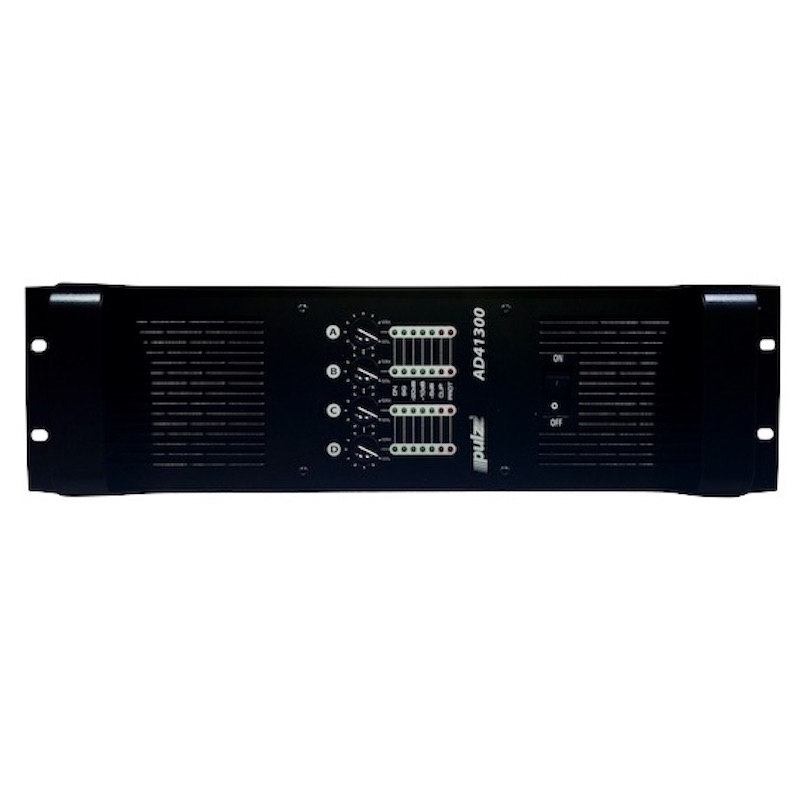 Pulz AD41300 is a four channel power ampliﬁer designed and built for applications where sonic transparency and robust high power output capability are the prime criteria.

This is made possible by the innovative dynamic tracking power controller (DPT) which ﬂuidly adjusts the power supply rails to track the signal. As a result unwanted power dissipation in the output stages is minimized by almost 80%.  The Pulz AD41300 remains relatively cool even when driving the most demanding low impedance subwoofer loads. This approach is superior to the standard SMPS based power supplies which are prone to failures and compromise the sonic purity due to interferences.

All the components used in the  Pulz AD41300 are of the highest standard and from the most reputed manufacturers.